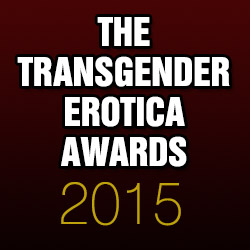 Burbank, CA – Grooby Productions recently announced TS adult industry event, the Tranny Awards, will be re-branded as the Transgender Erotica Awards (T.E.A.’s). The event remains the only of its kind and exclusively celebrates the accomplishments of the TS adult industry.

“As we aim to be inclusive of all areas of transgender erotica and are looking to broaden the appeal of the show to mainstream media, we believed it was time to re-brand the event to the Transgender Erotica Awards – or the TEA’s.  The acronym works especially well since ‘T’ is used within the community and we’re going to have some fun with the promotions (the after party, for example, will be ‘The TEA Party’).  I’d like to thank the extended trans adult community for their input and feedback over the last few months. We will be producing a show that the whole transgender adult community can be proud of.”

The Transgender Erotica Awards (originally known as the Tranny Awards) was created in 2007 and started solely as an online competition voted by a panel of industry judges. There were only a handful of categories and Grooby sponsored all of the cash prizes.

As interest grew, it was expanded into an actual event and hosted at a several different nightlife venues in the Los Angeles area, before moving to a full-scale theater in Glendale. The event now has over twenty categories, including special awards sponsored by other industry companies, many of which include donated cash prizes.

This year’s event, hosted last month at the Beyond the Stars Palace in Glendale, also saw a 25% jump in attendance from last year, with nearly a 300% increase in livestream viewership. As the event continues to flourish, Grooby is constantly looking for ways to improve the show and honor the TS adult community.

More information will be made available in the upcoming months on http://grooby.com or http://TGEroticaAwards.com

1 Response to “Tranny Awards” to change name to “The Transgender Erotica Awards” (T.E.A.’s)