So, you weren’t happy with the outcome of Xbiz or AVN?   Is your favorite model not even nominated at The TEA’s?  It’s time for you to make your difference.

You can vote for three models you believe should be TS Fan Choice Award.  It can be based on looks, performance, personality, interaction with fans – or a combination of all three.   You must complete three models (putting the same model three times, or incomplete the form will result in your entry being disqualified).  You can vote only one time – so think wisely.

All entrants will go into a prize draw for Transgender Erotica Awards Swag.

Previous winners have been:

This category is open to anyone.  Make your voice heard!

Read the rules and vote at The Fan Choice Awards 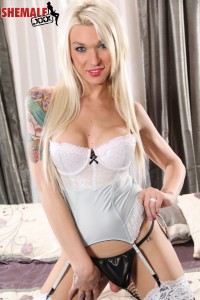 1 Response to Fan Voting at the Transgender Erotica Awards