Help Fund me a New Jaguar XK To Help With My Diminished Ego!!! 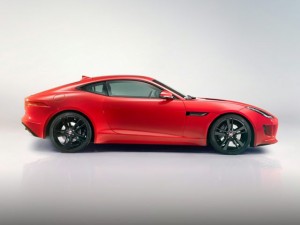 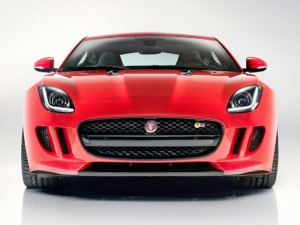 Fund me on Indiegogo!

I’ve just put up my Indiegogo campaign to get me a new Jaguar F-Type!!!  If you contribute between $10 and $5000 you can get a perk as exciting an email personally from me, or you can choose the colour of the car that I am going to own!!!   I can actually afford a Jaguar myself (if I cut a few corners and work a bit harder) and to be honest, I don’t really need one, I’ve a perfectly beautiful 6 yr old XK which looks and drives fantastic … but it would be nice if someone did purchase me a new Jaguar, instead of having to save for it myself!

I am of course, being facetious and satirical … but there is a point to this.

It seems that every week there is a new crowd-funding campaign for some girl or another, to get something or other than she “absolutely must have”.   The social networks and emails are full of them, the requests and the amounts larger and frankly, many are at the point of ridiculous.  There have always been guys wanting to buy gifts for their favorite models and I can kind of see where their motivation may come from and models maintain gift lists for their fans to buy them something.   I’ve also seen models ask – or let’s cut to the chase here, often akin to begging) for food outlet cards, DVD box sets and similar on Twitter and it seems to be kind of a systematic hustle, I also kind of get that and where the girls come from (hey, if their fans want to buy something for them … then go ahead).

My issue is with the so-called crowd-funding.   I do understand there is certainly a time and place for it,  we’ve seen models who have had surgery go wrong and unable to afford the corrections, be able to get funded to get it fixed, we’ve seen some incredible examples of crowd-funding healthcare, or worthy projects which would never have found the light of day, we’ve seen people’s lives saved or turned around by the charitable donation of others, through crowd-funding sites and the social networks.   What I’m seeing more of though, is people asking for money for procedures that aren’t life threatening, for “upgrades”, for non-specific transitions, I’ve seen a girl who wasn’t barely on hormones for two months, beg for boob money! It’s gotten out of control and there are negative effects to this.

When setting up my Jaguar campaign, I wasn’t sure how the system really worked but was under the impression that a) there would be some sort of recourse and b) you had to raise the whole amount of money, to get funded.   Neither of these are true.   If I raised my $77,000 to get a new Jaguar, then Indiegogo would take a hefty chunk of they money for themselves (over $6000) on top of any credit card or paypay fees the sender may have to incur.   That’s a lot of charity money going to a business.

There is no recourse, if I get my $77,000 I don’t have to buy a Jaguar, I can pocket the cash and never deliver what was promised in perks – Indiegogo, takes no sides.   There is also no compunction to raise the full amount.  If I get $250 in donations, I can keep that $250 (minus Indiegogo’s cut) and I’m that much better off in cash, even though my ego is still diminished, through not getting the Jaguar.   So the donator, believing that they are contributing to a worthwhile “life-changing” cause, could be simply helping me buy another cigar or two and continue to enable my habit.

This leads me on to looking at what other damage or negative impact these crowd funders are having on our little slice of the industry.  While I’ve seen it work for some girls, it’s certainly the minority who get completely funded and I’ve also watched some over the past months where it was clear the overall funding had one major contributor (so I get my ego massaged in public, while that hot sugar Mammy who wants to ride in my Jaguar with me, actually is making a $73,000 contribution).  What makes one appeal more important than another (and who am I to make that decision)?   Well I’m the potential guy with a little money and a big heart.   I interact with girls on Facebook and when I see a crowd funding that one of them has a emergency, or needs surgery urgently then if I can, I’d like to help.  So I do.

Then I find out that the problem wasn’t as urgent as thought, and I can’t ask for my money back, so I’m left feeling … duped.  And the next time an urgent appeal comes through, I just don’t look.

There are just too many campaigns.  Too many girls, some “claiming” to be TS models that I’ve never heard of, asking for too non-specific things.  They’re asking for hand-outs, they’re begging, they’re pan-handling and yes, there may be a perk back (we’ll come to that in a moment) but is this really the same as earning the money through work, for yourself and paying for what you need, yourself?   Does it contribute to the same self-worth?

We’ve been working on trying to put together a foundation for a number of years (it’s a hard job!) which would be an emergency fund for girls in our industry.  A lot of the issues around it would be, who could be given money and why … as well as, how to prove the money was spent where it should have been.   This is the same issue with crowdfunders which I think are undermining true charitable foundations.

In writing this, there is another issue that I’ve identified which could be more damaging to the individual than not putting a crowd funder up.   I’ve seen girls put up a crowd funder, promote it, tease, tickle, beg, spam and cajole … only not to get any funding (or very little) while other girls get funded.  How does that affect her self-esteem?  How does that make one feel?  Victimized?  Disliked?  The internet is a harsh place and seeing someone not get funding is just more ammunition for those who love to troll and attack.   This may be where the perks come into it more (and the contributor actually makes a more informed business decision).  A tgirl model offering a free DVD, photo, website membership, cam show etc. is actually offering something with a tangible value.   She’s effectively offering  advance payment, or a discount payment for something – and that has a different business model completely, to someone who offers like I do, a photo of me (who would want that?).  When looking at the extra costs of the new Transgender Erotica Awards for this year, we may look at crowd funding by offering tickets with extra perks, merchandise, early bird VIP, etc. so we can ensure we have the budget to put the show on properly.    Miss. XYZ, the new kid on the block, crowd sourcing for new boobs, doesn’t have a DVD, a site, or a cam … she’s offering the same as me, something with no tangible worth, and no delivery.

To wrap this up,  I’d like to appeal to girls to think before they post a new crowd-funder or “beg” online.   There are worthwhile crowd fundings and certainly if it’s an emergency, then go for it.  I believe if you’ve tried every other option to raise the money for something specific, then this should be a last resort and importantly, you need to prove that’s where the money was spent.   People have donated believing they’re going to help enhance your life so live up to those expectations.

Do you have beg for something trivial (do you really need that Starbucks card?) – have your gift list if you need it but don’t spam it out constantly,  it dilutes your cause.   A lot of things need to be earned, a lot of things take time.  If I’d been given a Jaguar right out of college at 23 off a rich parent or sugar mammy (or via an Indie gogo campaign) would I have the same appreciation or the same worth?  My self-esteem would have been built through working for it, saving, skimping elsewhere and getting finally getting one at 33.   I still didn’t “need” it, it’s a luxury and not a must-have and I think we all need to reflect on what we absolutely must-have.

Now how about that Jaguar? Fund me a new car!

1 Response to Help Fund me a New Jaguar XK To Help With My Diminished Ego!!!